A referee got the beating of his life during a game after giving a controversial penalty decision during a gameThe referee was beaten mercilessly by the players.

All You Need to Know About Liga 2

A referee was brutally attacked and chased off a pitch after an Indonesian league game descended into chaos. The startling scenes took place during Peregres Gresik United’s game against Persiwa Wamena in Liga 2.
Violence erupted when the referee, named as Abdul Razak in local media, awarded a penalty for an innocuous challenge.
Persiwa’s players were enraged by the decision and began to chase Razak.
One removed his shirt as he pursued the match official.
READ ALSO: Check Your Name in the list of INEC Adhoc Staff Recruitment; Successful Candidate And Training Venue
READ ALSO: See How to Apply for DSS Recruitment 2018/2019 – Department of State Service Form.
READ ALSO: 2019/2020 Nigerian Navy Nationwide Job Recruitment: fill form at joinnigeriannavy.com
READ ALSO: See How You Can Apply For Independent National Electoral Commission (INEC) Adhoc Staff Recruitment 2018/2019

See Details About the Game Here

Players started shoving the referee and then began throwing punches and kicks at him, according to local media.
Razak is knocked to the ground by a flying kick and is kicked while lying on the turf.
He eventually escapes and runs off the pitch – but, incredibly, he returns to resume the game.Two Persiwa players were sent off and the awarded-penalty was eventually taken and converted.
The goal puts Persegres  into the lead and they manage to hold on.
Abuse of Razak continued off the pitch in a verbal way as Persiwa coach Suimin Diharja said the referee had “stolen” a point from them.
No sanctions have been placed on either club yet.
See more photos below: 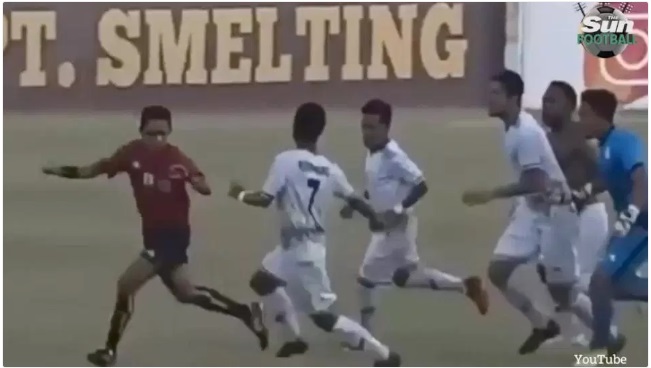 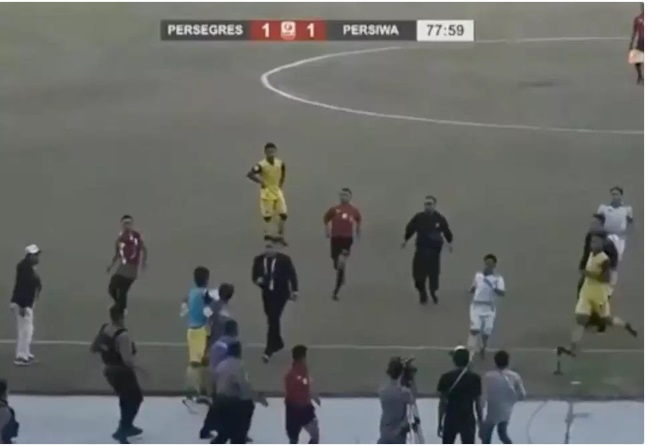 Please share,comment or better still subscribe to this website to get more information from us,subscription is free